Why I’ll Never Have Another Boyfriend Again.

Hopefully, the title gave you a lot of assumptions and baited you into needing to read this…Cause that was the plan.

Boyfriend: a man boy who most of the time is not sure of what he wants, has quarter life crisis’ often, suffers from Peter Pan syndrome, and can’t back up his words with proper action (At least that is what I found in my three-year relationship.) And as far as the second definition mine is a cute androgynous cardigan.

I could sit and write a hate post about my last long term relationship, but I won’t because I don’t hate my ex. Instead, I am going to list what I want instead of a boyfriend

I will never have another boyfriend again..because I want:

( Wrote June 2nd, 2017) Not the unrealistic move standard of soulmate either. All those romantic comedies and Disney movies are the reason why as a woman you decided to read this far in the first place. You are also looking for someone whose soul matches yours. A soulmate can be loads of things to different people, but for me it is simple; your soul aligns with mine. Maybe he and I are complete opposites or weirdly similar, either way, I need to have this gut feeling that you are the one. I’m 26 years of age and I don’t want to waste my time anymore, so I’m trusting my gut. His soul will speak to mine through an outlet that matches my own; the creative arts, design of some sort, entrepreneurial traits, or a need to help and serve others.  (wrote August 8th 2017) An interesting blog post that you might want to read is The Two Different Types of Soulmates, which gave me some perspective into how I could better explain the emotions to myself and when I might see them.

We gotta be able to laugh together, play video games, talk s***, and just hang out. We should feel pretty comfortable together and be able to have a good time. Some of the relationships that last the longest are ones with someone who you can also be friends with. I want him to be one of my best friends and for me to be his. In life you never stop learning, or so you should never stop learning. Life is full of little lessons and you can always learn a new skill. Why not learn something new from your partner? If your partner knows or can show you something you have never seen before or tried before, take the time to learn from them. This ensures you both are elevating each other. I need to be willing to listen to you, but also if you are going to give advice or teach you really need to know what you’re talking about. I’m not playing no blind sheep leading the blind sheep game with anyone out here.

In this life, you gotta give a little, but you also need to be willing to take a little. Just as you learn from your partner your partner should want to learn from you. The right person will ask you questions, advice, tips on the things you know. They should want to implement those tips in their daily life. They don’t have to agree with everything you say, as you won’t agree with everything they say, but it’s all about growing together. There have been times where I have tried to teach a boyfriend something new or explain that another way might be better, and they scoffed at my suggestions and advice even though I either had experience in the subject or had researched it. They truly have to be willing to listen.

My personal preference is I would love to be a free thinker. This is a world full of sheep who follow every foot step force fed to them by the media with its propaganda and the government with its lies and empty promises. I want someone who thinks freely. Whether that is creative ideas, religious theories, or philosophical ideas. I hope you have your own thoughts in those neurons and sub conscious.

No, I’m not a damsel, I can be a princess at times, but not a damsel  however..I do want to feel protected. When I do need help I would like to feel like my partner has my back. A scenario doesn’t need to necessarily happen, it will just be this sense of protection that I have when I walk down the street with them or when I’m cuddled in their arms.

Not like King Henry the 8th..hell nah! I am referring to a black king! Loving and kind, humble, serves his people and treats the queen as an equal with respect. Loving and kindness seem like a no brainer, but some of us women seem to treat assholes with respect and nice guys (actual nice guys) like trash. Some of us really do not go for true love and real kindness..those are traits in a king that shouldn’t be taken for granted. Humbleness is a trait of a real partner and a true king. A king does not look down on his kingdom he stands with them and leads. Acts of services toward others are so imperative! They gotta be able to give as much as they get to their family, friends, and community. Treating the queen with RESPECT! R-E-S-P-E-C-T I’m gonna tell you what that means to me..right now. He needs to show the world that we are a team, shows other people that threaten the kingdom that we are a united front, speak kind words about me, and keep whatever stays in the kingdom in the kingdom. It’s one thing to talk about issues or other things with the guy friends, but outside sources like strangers, other people in the profession/industry, and/or other women who might have an interest in them or who are strangers is a huge NO. Not even because they might be a threat, but more so because it is disrespectful and makes the queen look bad.

They gotta be able to make me laugh, none stop, all the time. That is one of my number one needs because I have an issue with taking things in life too seriously.

So I guess what I want is to be in a partnership with my best friend whose soul matches mine challenges me in a respectful way and makes me feel protected with a crown on his head and a smile on his face. Now that to me is life goals. I will never have another boyfriend again.

A King: Coming to America on Google 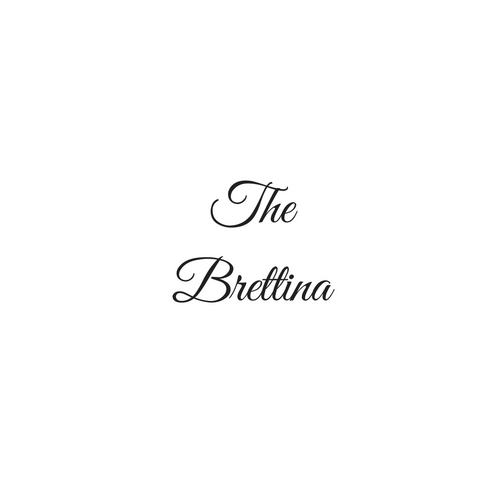 Want 10% off Juniper? Drop your email below!